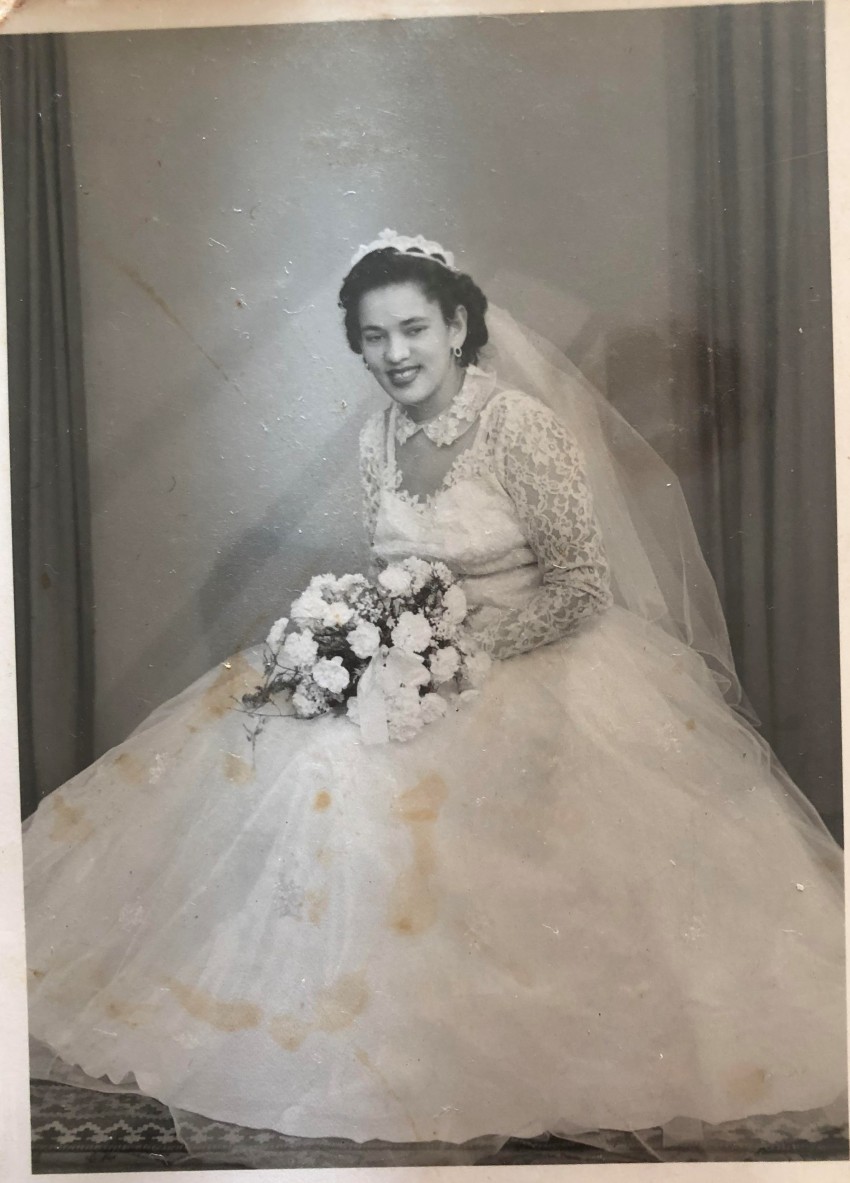 This past week saw the one year anniversary of the death of my paternal grandmother, Maria.  I called her Ouma – the Afrikaans word for grandmother – and we had a special relationship which I put down to having been cared for by her when I was a toddler.

In September 2018, Ouma was admitted to hospital for about a week with doctors diagnosing her with congenital heart failure and obstructive pulmonary disease. She had been gradually becoming more and more unwell over the last few years, but this diagnosis was pretty jarring. When she returned home, she experienced a few blackouts, and generally was very lethargic. My maternal grandmother, Ouma Joey, passed away earlier in 2018. I hadn’t had a chance to say goodbye to Ouma Joey before she passed, which really saddened me. So, Ouma’s diagnoses and health problems, all in all, freaked me right out. Following discussions with my big brother (who is a doctor), I decided to head to South Africa to see her and my Oupa in November of 2018. I was blessed to spend an incredible week Ouma, and my time with her was graced with a little uptick in her energy.

I’m so thankful I did spend that in-person time with her now, as only three months later, on 26 February 2019, Ouma passed away. I wrote of her then:

Maria Mary McCann was an idiosyncratic woman, just like her name. She passed her indomitable spirit on to my Dad, brother and I. She lived life to her own drumbeat, loved wholeheartedly and continued to surprise us to the very last. She made me laugh, and fed my sweet tooth so much so my parents endlessly lamented how many fillings I had to have as a child. One evening, she fed me ice cream for dinner.

My world is a less colourful place for her passing. I will miss her very much, but I’m so thankful for the time we did get to have together for the prayers she poured over my life.

So this week, the anniversary of her death, I wanted to share this little piece I wrote about her while I was in South Africa with her in November of 2018. It’s a little ode to the woman who shaped me both physically and in character, and whom I miss very much. I can’t wait to see her again and look forward to the day when Jesus returns, bringing Ouma with Him (1 Thessalonians 4:14).

When I was a child, I fit the contours of my Ouma’s body perfectly. My arms wrapped precisely around her waist, and my face buried into her belly, just below her bosom. Her arms held me securely about the shoulders. She was perfectly soft and warm and round.

20 years later, I’m now a head and a bit taller than my dear Ouma. Age and illness have seen her shrink and stoop. She fits perfectly under my arms now, my arms securely around her shoulders. She’s still perfectly soft and warm, if a little less round.

In the early hours of the new day, I wake to hear the familiar scuffing sounds of my Ouma’s slippers padding along the floor. Soon there is the usual flick sound of the lighter and I wander out to the darkened kitchen to see the tip of her cigarette glow as she takes a long pull.  ’I can’t sleep… let’s have a cup of tea.’ This is her new normal; a restless night with a cigarette and a cup of tea to punctuate the hours.

The kettle has packed up the day before, wheezing in consternation as if it’s worked too hard over its short life and has decided to retire, So I pop some water in the microwave to heat, and begin preparing my Ouma’s tea: rooibos tea bag, two sugars. She insists that I have one too, so out comes the second tea cup and in goes my tea bag and a half sugar. I pour the water over her tea bag, give it a stir and let it draw it little. Ouma’s finishing up her cigarette just as I stir into her tea her customary two teaspoons of condensed milk. I finish making me own tea, and we sit together in the kitchen at 3am companionably enjoying the rooibos and the silence.

It was Ouma who introduced me to tea when I was a child. She always seemed to have unlimited cups throughout the day and nothing much has changed in the last 20 years. I smile as I realise that the sugar pot is the same sugar pot from my childhood, right down to the distinctively shaped sugar spoon.

As we take our last sips, Ouma smiles her enigmatic smile and not for the first time I wonder what she’s thinking. She hands me her teacup, and as I place it and my own cup in the kitchen sink, I hear her slippers padding slowly out of the kitchen. As I follow her into the hallway back to my bedroom, she pauses at her doorway, squeezes my hand and softly says in her wrasping smokers voice, ‘Sleep well lovey.’